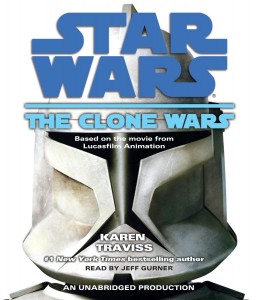 The blazing new animated feature film Star Wars: The Clone Wars takes place in the years preceding Star Wars: Episode III Revenge of the Sith and sets the stage for the groundbreaking TV series. Both contain all original material–direct from the brilliant imagination of legendary Star Wars creator George Lucas. And these exciting new adventures and characters are being brought to life in book form by none other than #1 New York Times bestselling Star Wars author Karen Traviss.