The Cinema of George Lucas 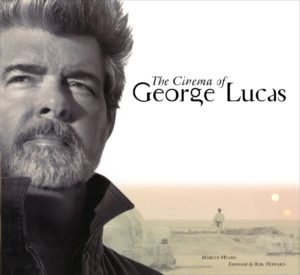 Citing the eminent filmmaker’s significant contributions to the movie industry since the inception of the Star Wars series, a tribute to Lucas’s vision draws on exclusive interviews and unique access to the Lucasfilm archives to survey some of his most significant achievements.

Marcus Hearn analyzes Lucas’s journey as a director over four decades whose groundbreaking technical achievements and creation of enduring modern mythologies have forever changed both film and science fiction, as well as his many other accomplishments in the film industry, including the formation of Industrial Light & Magic, Skywalker Sound, and LucasArts. The book is lavishly illustrated with many images that have never or rarely been seen, such as stills from Lucas’s student films, material from the director’s cut of his early science-fiction film, production shots from, among others, the first Star Wars film, American Graffiti and the Indiana Jones Adventures, and behind-the-scenes photos from his films. With its wealth of new information and compelling illustrations, The Cinema of George Lucas is an essential volume for every fan and film enthusiast.