Tales of the Jedi 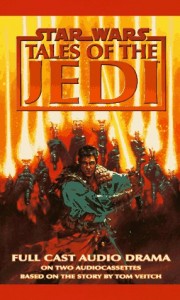 Follow the adventures of Ulic Qel-Droma and Nomi Sunrider, young Jedi Knights drawn into battle against the dark side, a battle that may decide the fate of the planet and the galaxy!