Star Wars Omnibus: The Other Sons of Tatooine 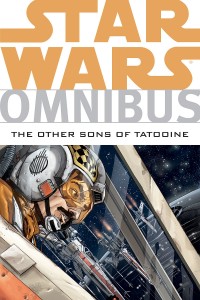 In the Galactic Civil War, Luke Skywalker was not the only hero to hail from Tatooine.

Luke’s story has been told time and again, but what about the journeys of his boyhood friends, Biggs Darklighter and Janek „Tank“ Sunber? Two very different paths led them both to be heroes in their own right: one a hero of the Rebellion, the other a hero of the Empire . . .

Discover their stories in this complete omnibus collection–plus, a tale starring galactic smuggler BoShek, yet another son of Tatooine!