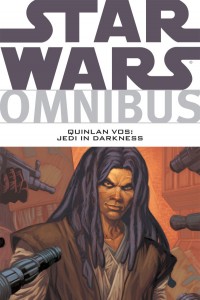 From his first appearance as a mind–wiped amnesiac to his triumphant passage to the rank of Jedi Master, few Jedi had more brushes with the powers of the dark side and the evil of the underworld than Quinlan Vos. This volume includes over 120 pages of story that have never been collected, plus the introduction of Jedi Aayla Secura – who made the jump from the pages of the comics to appearances in the films Attack of the Clones and Revenge of the Sith.