Starships of the Galaxy 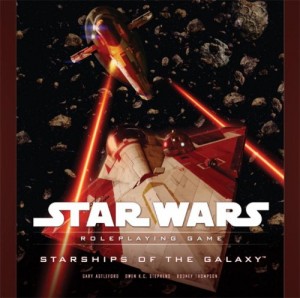 „She’s the fastest hunk of junk in the galaxy…“

Throughout the Star Wars saga, space battles have determined the fate of entire worlds and altered the course of galactic history. They set the scene for heroes to meet their destinies, putting victory and glory – or death and defeat – within the range of a turbolaser cannon.