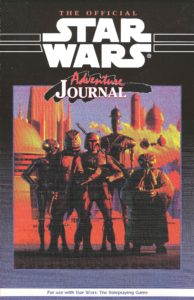 Shannon Voorson was just a child living in the immense workers‘ quarters serving Kuat Freight Port. She enjoyed reading story platforms on her computer, and dabbling in slicing into the installation’s data network. But when her cousin, Deen, came to visit the family, Shannon wanted to help him and his „friends“, members of the Rebel Alliance. Despite opposition from her parents, Shannon uses her computer skills and her child-like charm to help her cousin and the Rebels. But can a little girl really pull it off? Follow Shannon’s adventures as she begins Slaying Dragons.