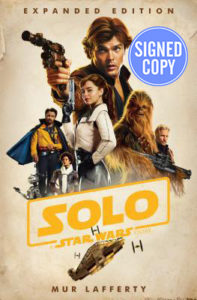 This thrilling adaptation of Solo: A Star Wars Story expands on the film to include scenes from alternate versions of the script and other additional content, giving deeper insights into Han Solo’s years in the Imperial Navy, Qi’ra’s past, and the beginnings of the rebellion.