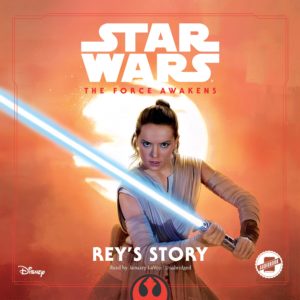 An adventure of a lifetime.

Rey never thought she would leave the desert planet of Jakku, but her life is turned upside down when she meets BB-8, a small droid with a big secret.

Like it or not, Rey is about to be caught up in something much larger than herself: a galactic war between the evil First Order and the fledgling Resistance.

But something is awakening inside of Rey, something that might turn the tides of fortune in the galaxy …