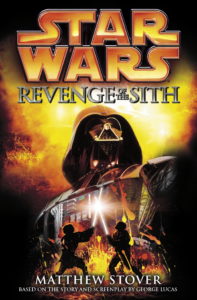 As the combat escalates across the galaxy, the stage is set for an explosive endgame: Obi-Wan undertakes a perilous mission to destroy the dreaded Separatist military leader General Grievous. Palpatine, eager to secure even greater control, subtly influences public opinion to turn against the Jedi. And a conflicted Anakin—tormented by unspeakable visions—edges dangerously closer to the brink of a galaxy-shaping decision. It remains only for Darth Sidious, whose shadow looms ever larger, to strike the final staggering blow against the Republic…and to ordain a fearsome new Sith Lord: Darth Vader.