Last of the Jedi 6: Return of the Dark Side 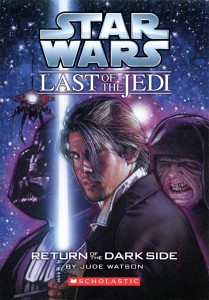 Years ago, when they were both Jedi apprentices, Ferus Olin and Anakin Skywalker were rivals. Now, their paths are about to cross again…

Abandoning the Jedi Order saved Ferus’s life. As a result, he is the only one who can track down and save Jedi who have survived the rise of the Empire. He has rebellion on his mind, and hopes to bring about the fall of the Emperor.

Only Darth Vader stands in his way. Ferus may not realize it, but his old rival is now his new deadly enemy.