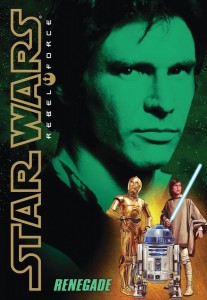 Deadly assassin X-7 has infiltrated the Rebel Alliance. Trained by ruthless Commander Rezi Soresh, X-7 is the best there is: he feels nothing and sees everything. Now, he’s gunning for the ultimate prize: Luke Skywalker, the pilot that destroyed the Death Star. The seemingly clueless kid from Tatooine proves more resourceful and difficult to eliminate than X-7 could ever have imagined. Surrounded by friends and allies, and with a connection to the Force that grows stronger every day, Luke seems all but impervious to the usual tactics.

But X-7 isn’t done with him yet. This time, he knows how to bring Luke down. He’ll shatter the trust that holds the Rebel Alliance together — and manufacture the ultimate betrayal.