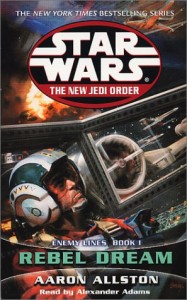 As the Yuuzhan Vong’s spectacular conquests continue unchecked, Luke Skywalker, Han and Leia Solo, and Wedge Antilles are forced to destroy what they have risked their lives to create. . . .