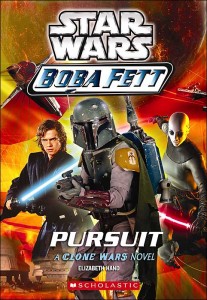 A father’s death. A son’s revenge.

Boba Fett is emerging as one of the most skilled bounty hunters in the galaxy. After surviving his deadly battle with the fearsome General Grievous, there’s one bounty he wants more than any other: Mace Windu, the Jedi who killed his father.

When fate and Anakin Skywalker bring Boba Fett to the city-planet of Coruscant, Boba plunges into the Coruscant underworld and arms himself for the greatest confrontation of his young life.

It’s the bounty hunter vs. the Jedi as Boba Fett takes his one and only chance at revenge.