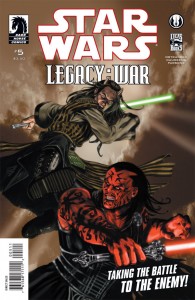 In the aftermath of the latest battle, the Jedi, the Galactic Alliance, and Roan Fel’s Imperials retreat to the stronghold planet Bastion to lick their wounds. In the face of the Sith Empire’s new secret weapon, there are some who counsel that resistance is futile.

But the Sith have suffered, too, and Emperor Fel knows that now is the time to attack. Plans are made and plans within plans. For Cade Skywalker knows that this war must ultimately come down to him versus Darth Krayt.

No matter what the cost, Krayt must die!