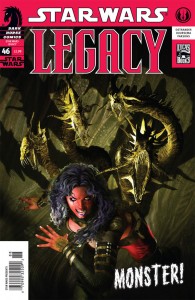 Cade Skywalker’s vow, „No one dies for me,“ is put to the ultimate test. Cade, who has long been on the run from his family legacy, has reached a crossroads with heavy personal consequences no matter which way he chooses.

Meanwhile, an opportunity for peace has turned into a three-way battle between Jedi, Sith, and the Imperial Knights!