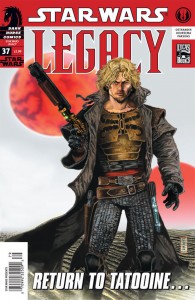 When word reaches Moff Nyna Calixte that Imperial convoys are being attacked by Black Sun Pirates, she sends her daughter, „Gunner“ Yage, and Gunner’s squadron of crack fighter pilots to intervene. But what neither of them knows is that the pirates themselves are under attack by other pirates — Cade Skywalker and the crew of the Mynock.

Despite his victory over Emperor Darth Krayt, Cade is still the galaxy’s most-wanted criminal, and Gunner’s squad is itching for another shot at him!