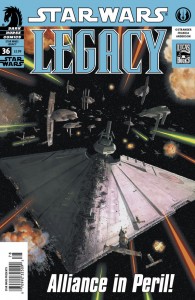 Gar Stazi’s Galactic Alliance fleet joins forces with deposed Emperor Roan Fel’s Imperials in a strike against the Sith Empire. Stazi has his work cut out for him — not only must he hold together the shaky coalition, but he has to make sure that the allies do not lower themselves to their enemies‘ tactics!