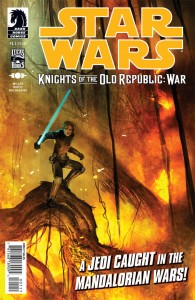 If you’ve ever heard of the Knights of the Old Republic video games and comics but didn’t know where to start–this is it!

The Republic and the Mandalorians are at war! Jedi are joining the fight, despite the noninterference stance of the Council. One Jedi, however, has found himself on the front lines against his wishes-the peace-loving Zayne Carrick has been drafted! 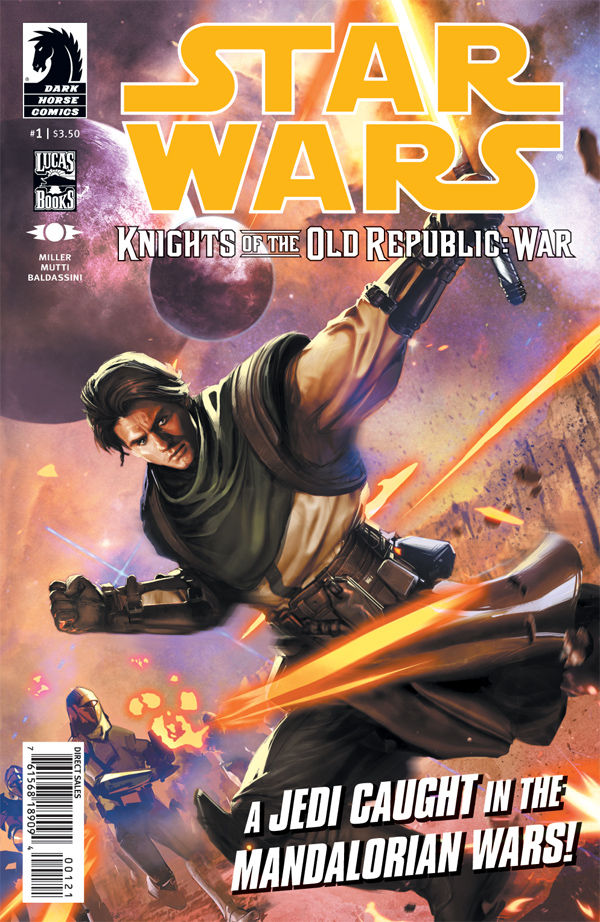