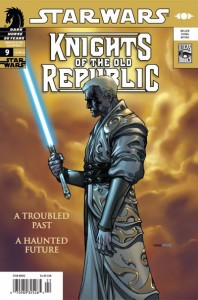 Secret motivations and a troubled history are revealed in this standalone story of fear, neglect, and betrayal in the Old Republic! After the great Sith War, one Jedi dedicated herself to training only the most gifted seers in hopes of foretelling and preventing the return of the Sith. But obsession with her mission led to oversight elsewhere, allowing dark influences to take hold amidst the Jedi order. Now, events have been set in motion that cannot be undone, the consequences of which will rewrite the fate of the entire galaxy!