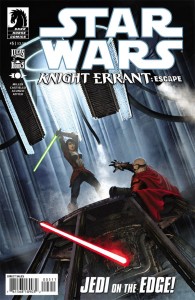 Kerra Holt, lone Jedi Knight, may have let her personal mission bring disaster to a planet of innocents—and possibly the entire galaxy! With the truth behind her missing family almost revealed, Kerra scrambles to find some solution to what she has done. The battle between the three Sith armies continues to new heights, and one Sith lord has reached the dangerous relic that will enable him to draw insurmountable power from the misery of others . . .