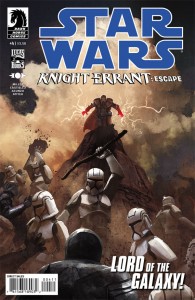 Who are the Doomed?

Caught in a battle between three Sith armies, Jedi Kerra Holt does her utmost to prevent them from finding a powerful Sith relic. Her mission to find her lost family brought the war onto this world, and as she reaches the end of her search for her parents, she realizes the extent of the danger that could be brought to the galaxy if the relic falls into Sith hands! Has Kerra let her personal gain override the needs of thousands of innocents?