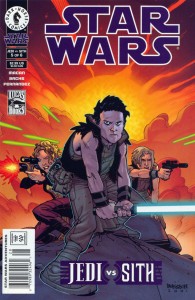 The devastated planet of Ruusan has endured much during the war between the Jedi Army of Light and the Sith Brotherhood of Darkness. Its forests have been decimated and its inhabitants mercilessly slaughtered. The war is not over yet and many more will suffer before it ends. Of three young cousins sent to Ruusan, one will willfully join with the dark, one will seek out the light, and one will fulfill a destiny that none could have possibly foreseen. Don’t miss this pivotal chapter in the story that tells of one of the darkest times in Star Wars history!