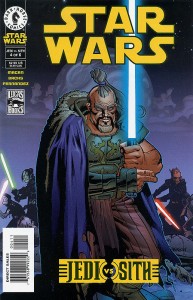 The war between Jedi and Sith continues to rage on the planet of Ruusan, consuming all in its path. The battle between good and evil has claimed soldiers on both sides and now the rage boils over and starts to consume the planet itself. Ruusan’s forests and countryside become victims of the war along with innocent bystanders and the native creatures called Bouncers which occupy the sky above the planet. In the midst of the firestorm, cousins Tomcat and Bug find it difficult to reach any common ground and continue to grow further apart. Meanwhile, their missing cousin Rain’s Force powers grow as she struggles to find her way back to her family.