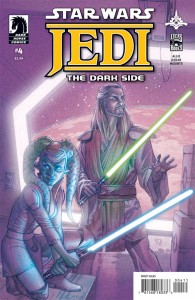 But right now, Master Qui-Gon Jinn’s main concern is controlling his headstong Padawan. The homecoming on Telos has proved incredibly difficult for the proud and bitter Xanatos. His difficulties in reconnecting with his father and sister are putting the team of Jedi in peril as they near the shocking facts behind the burgeoning civil war . . .