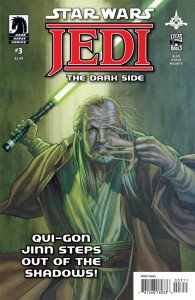 On Telos IV, a priestess has been assassinated, and the planet is on the verge of civil war. Only Jedi Master Qui-Gon Jinn and his Padawan Xanatos can protect the planet’s leader-who just happens to be Xanatos’s father-and stop the insurgents. But Xanatos is succumbing to his own long-buried resentments and may soon be more of a hindrance than a help.

Twenty years before his fateful meeting with Anakin Skywalker, Qui-Gon Jinn had his first encounter with the dark side . . .