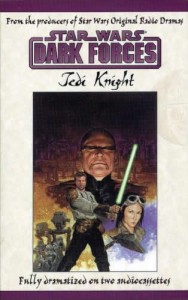 In Jedi Knight, Jerec, the Dark Jedi, brings his forces to Ruusan in the final part of his search for the Valley of the Jedi. Destroying anything that gets in his way, Jerec reaches the Valley just ahead of Kyle Katarn and Jan Ors. With the help of the indigenous inhabitants of the planet, Kyle and Jan confront Jerec’s Jedi and prepare for a final showdown with Jerec. If Jerec defeats Kyle, the unlimited power contained in the Valley will enable him to rule the galaxy. Are Kyle’s untrained Jedi powers enough to defeat Jerec?