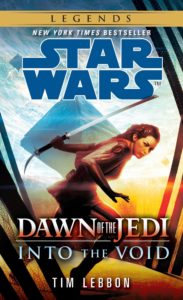 NOTE: This version does not include the Dawn of the Jedi comic insert.

Includes an original Dawn of the Jedi short story by John Ostrander!