The New Jedi Order 4: Agents of Chaos I: Hero’s Trial 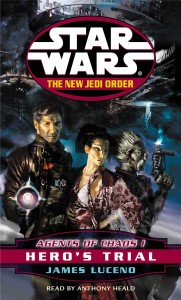