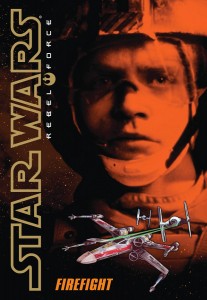 Unmasked and unarmed, he narrowly escapes from the Rebels with his life and little else. His cover may be blown, but he’s not returning to Commander Rezi Soresh until his target has been eliminated. This time, he has a new plan. He’ll gather six of the best pilots in the galaxy-all of them roguish mercenaries who care nothing about money-and turn them loose on Red Squadron.

He counts on his pilot’s mercenary instincts to keep them in line. But one of them has a secret that could cost X-7 his victory.