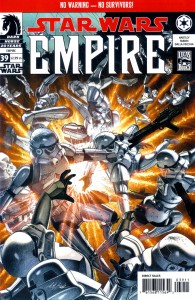 Inside the Imperial base on Kalist VI, an undercover Rebel strike force is on a mission vital to the continued existence of the Alliance. Everything has gone according to plan, but the one eventuality for which no one could have prepared is the presence of Imperial Lieutenant Janek Sunber-or how his presence will impact the Rebel team.

Duty to the Empire has asked much of Sunber and offered little in return, but he has never wavered in his dedication. Now, a shocking discovery has landed him at a crossroads, and the time has come for him to decide whether to devote himself to order, or justice.