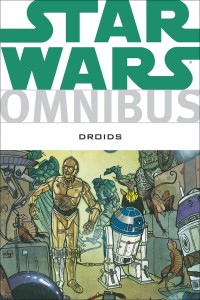 Before the fateful day Luke Skywalker met Artoo and Threepio for the first time, those two troublesome droids had some amazing adventures all their own! Entangled with pirates, bounty hunters, rock monsters, and the notorious space criminal Olag Greck, they do their best to stick together in a dangerous galaxy where anything can happen.