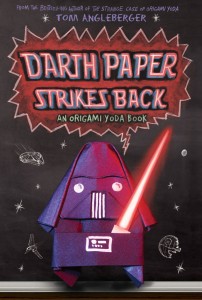 The hilarious, clever, and much-anticipated follow-up to the breakout hit, The Strange Case of Origami Yoda!

With his proven knack for humorously exploring the intrigues, fads, and dramas of middle school, Tom Angleberger has crafted a worthy sequel to his breakout bestseller.