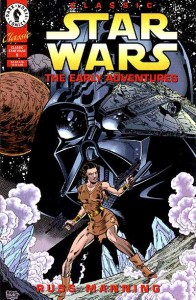 Princess Leia narrowly escapes an Imperial blockade and is forced to crash-land on a nearby planet… a planet that happens to be an Imperial labor colony! There she discovers that the colony is one of the Empire’s main sources of volatile megonite moss, a central ingredient in Imperial ammunition. What’s worse, Leia is pressed into service by Lady Tarkin, the angry, bereaved wife of Grand Moff Tarkin, who died aboard the Death Star. Now Leia has to find a way to escape from a colony riddled with Imperials, on a planet where a single misstep can kill!