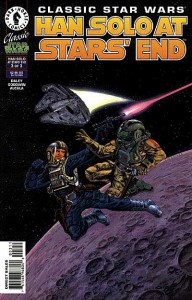 To rescue his friend Chewbacca, Han Solo has infiltrated Stars’ End, the secret prison where the Corporate Authority keeps its political prisoners. As tough as it was to breach security, however, getting in was the easy part. Now the Rebels have to make their way out!