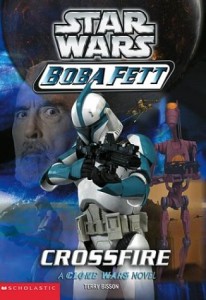 His most important ally is his greatest enemy.

Boba Fett is alone in the world. His father is dead. He’s never had friends. The only thing that keeps him going is his desire to survive—and become a bounty hunter.

Aurra Sing has taken him to Count Dooku’s lair on the toxic planet of Raxus Prime. Boba thinks Dooku will help him. But Dooku has other plans…and the Jedi have their plans as well.

The Clone Wars are raging throughout the galaxy, and Boba Fett is caught in a spectacular crossfire on Raxus Prime. What he discovers there will change the course of his life.