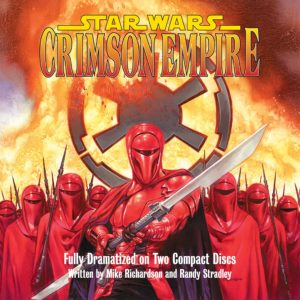 The story opens at a time of high turmoil in the Empire. The last of Emperor Palpatine’s clones has been destroyed by Rebel Skywalker and his allies. The Dark Lord Jax, one of the former Emperor’s elite Crimson Guard, has seized the throne for himself.

One brave man stands between Jax and universal domination: Kir Kanos, the only other surviving member of the feared Crimson Guard. On the run and fighting for his life in a world of treachery and deceit, Kir Kanos is forced to take refuge on the planet Phaeda, joining forces with the fierce, beautiful Rebel leader Mirith Sinn and her underground warriors.