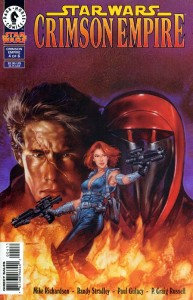 The Rebels recover from last issue’s Imperial attack and are forced to abandon their secret base — but not before they deal with Tem Merkon, the traitor in their midst! And if they thought an attack by the Empire was bad, wait till they find out that the evil Carnor Jax and his elite stormtroopers have arrived . . . and he’s after the Rebel leader, Mirith Sinn! Will she betray the location of Kir Kanos? And where is he, anyway? Find out in the next chapter of this incredible, star-studded saga!