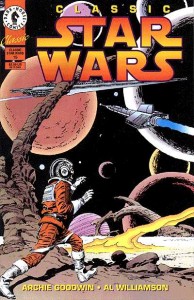 It’s finally time for some honest-to-goodness Star Wars, as Luke Skywalker and Vrad Dodonna head for a climactic showdown in space with Darth Vader. Meanwhile, the rest of the Rebel alliance struggles against time to evacuate Yavin Base for their new home on Hoth, as Darth Vader and the Imperial forces plan for a major strike on the Rebel moon. Luke, however, suspects that Vrad is a traitor to the Rebel cause, which leads to an exciting confrontation — as well as a startling turn of events for one of our Rebel heroes.