Children of the Jedi 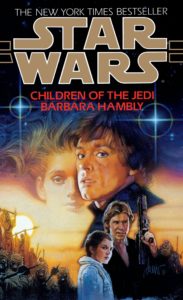 In Children of the Jedi, Barbara Hambly introduces a new character: Callista, a brave Jedi warrior of long ago who gave her life to foil one of the Empire’s darkest plans, a plot to destroy a stronghold that was sanctuary for the wives and children of the Jedi knights. Suddenly, the dreadnought is rearming itself, intent on destruction. Only Luke Skywalker can feel its evil presence as well as the mysterious influence of that powerful woman who should have died decades ago.