The Last of the Jedi 5: A Tangled Web 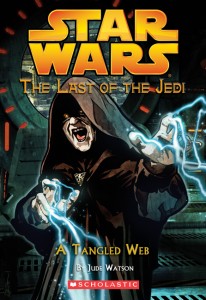 And now, for mysterious reasons, he wants to control Ferus Olin, ex-Padawan.

Ferus does not want to aid the Empire in any way. But when the Emperor threatens the lives of the people closest to him, Ferus doesn’t have a choice. He agrees to go on a secret mission for Palpatine—to become a double-agent—and somehow keep his allegiance to the fallen Jedi Order.

Can he succeed? Or are the Emperor and his henchman Darth Vader too powerful to overcome?