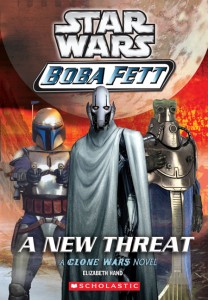 A powerful enemy is the greatest danger.

When you work for Jabba the Hutt, you do whatever he wants you to do—no matter what the risk. As Jabba’s newest bounty hunter, Boba Fett has a lot to prove…and little time to prove it. So when Jabba sends him into the thick of the Clone Wars, there’s no backing down from the fight.

General Grievous is at the heart of the plot to overthrow the Republic. He is fierce, strong, and virtually unstoppable. When his path crosses Boba’s, sparks fly—and many lives are threatened.